The Grand Palace at Peterhof was designed to be the centerpiece of Peter the Great's "Russian Versaille". Around 1720, the Tsar gave up on attempts to establish his court at Strelna, mainly because the boggy ground proved entirely unsuitable for the canals and fountains that he envisioned. Moving his attentions further west to Peterhof, the Tsar began to draw up his own plans for the grounds and palace. Work had already begun on a modest palace, designed by Jean-Baptiste Le Blond, in 1714, and that building was completed in 1721. 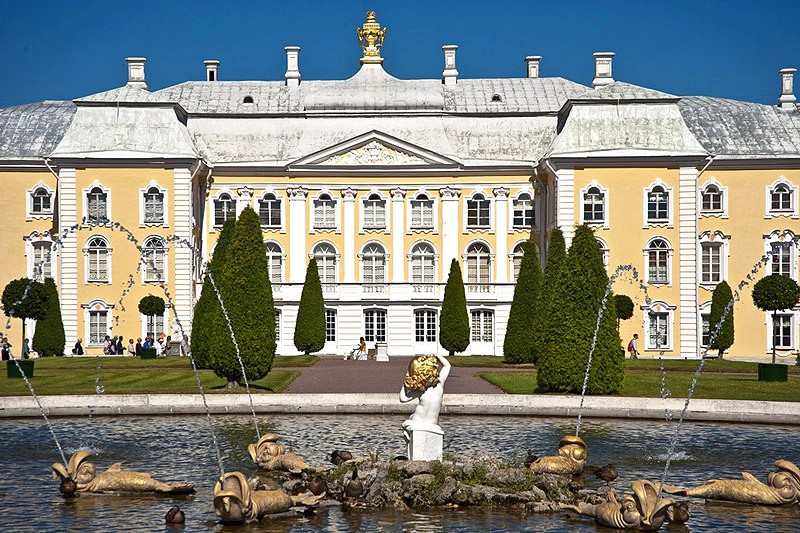 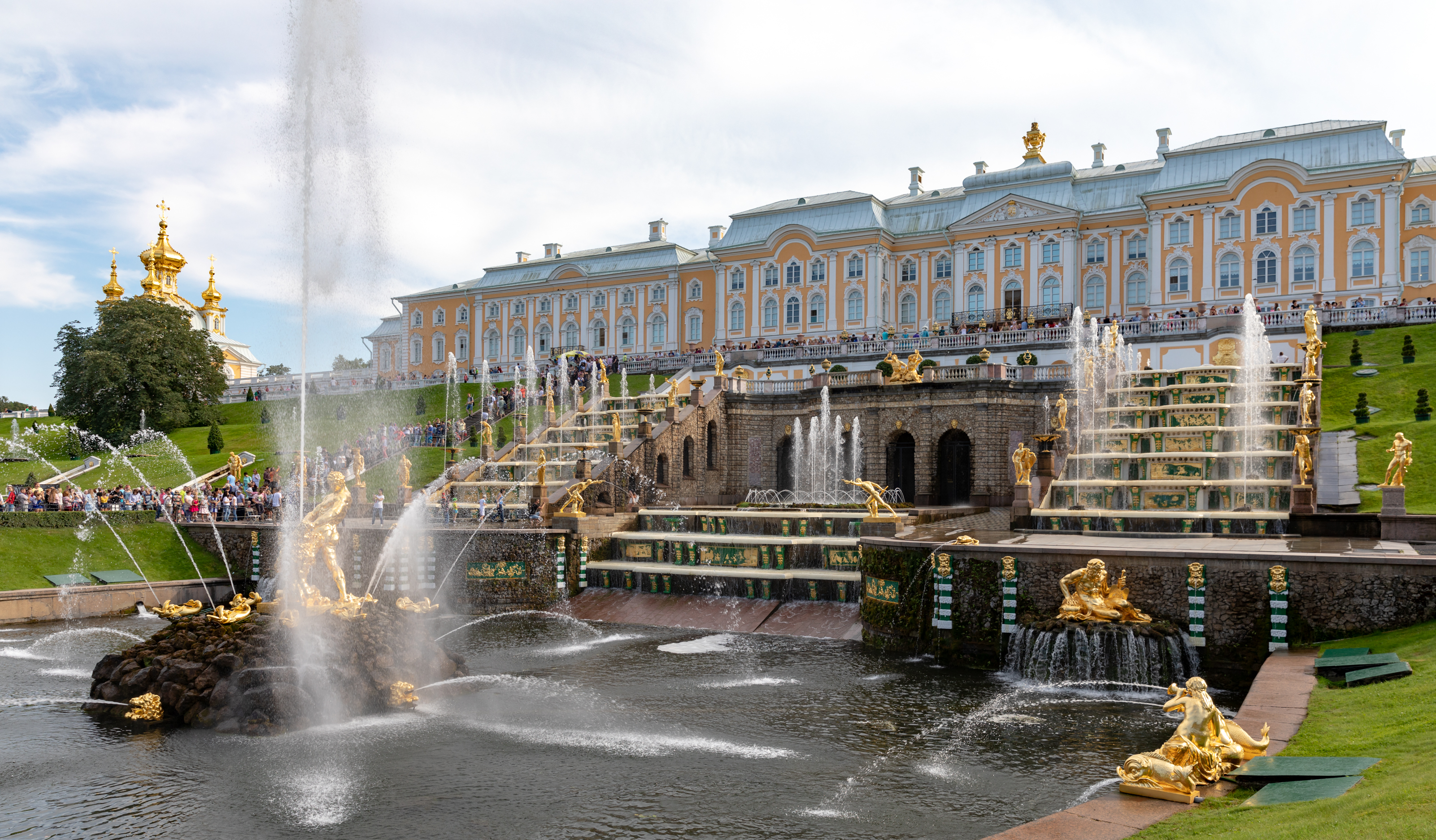